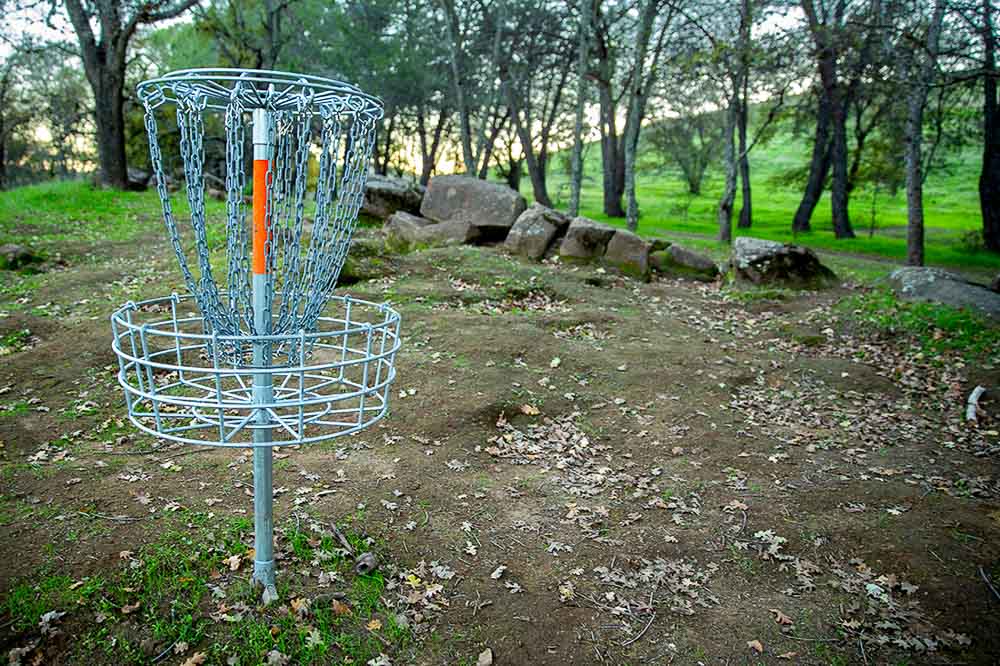 Comprehensive knowledge of the PDGA rule book doesn’t just keep the competition in line; it may also save you a few strokes here and there. Based on my experience in dozens of PDGA-sanctioned professional events, I’ve isolated a few rules that first-timers commonly don’t know.

Players are not allowed to make any casual throws within the round. At a tournament with a “shotgun” start (where everyone starts on a different hole and begins play at the same time), no practice throws are allowed after a “two-minute warning” has been called before the round.

Once you hear the cries of “two minutes!” echoing across the course, throw the discs in the bag and get ready to compete. Any non-competitive throw during a round, even if it is just a playful toss to your buddy, can incur a stroke penalty, per rule 809.03.

At casual tournaments, such as your local weekly doubles round or club event, it’s common to see players flipping a thrown disc to mark their lie. This is not allowed in a sanctioned event. Once a thrown disc has come to rest, it cannot be touched until it is properly marked.

Most players carry a “mini” to mark their lie. Place the mini between the front of the disc and the basket, then pick up the thrown disc. Most any object can be substituted for a mini, as Andrew Marwede humorously demonstrated at the 2021 Ledgestone Open when he used a cookie as a marker:

3. The One Meter Arc

PDGA rules state that if a disc goes out of bounds, a player takes their next throw from the spot it went OB with one meter of relief. For decades, you had to take this meter in a perpendicular path from the OB line. In 2022 the rules committee updated rule 806.02 to allow this one meter to be taken in any direction.

This creates an arc – or semicircle – of the area to legally mark a lie, allowing the player to take a meter closer to the basket if they choose. This is especially helpful in finding a stance in areas with heavy rough or even shaving a few feet off a putt if there is OB near the basket.

But keep in mind this arc only applies to a disc that has gone OB and incurred a one-stroke penalty. If the disc comes to rest in-bounds but is right next to the OB line, the player still takes a meter of relief but only in a perpendicular path.

Imagine you leave a 10-foot uphill birdie putt a bit short. The disc clangs off the basket, catches its edge on the landing, and rolls 50 feet down the hill and out of bounds. One way to finish the hole is to go down to the OB line, take a stroke penalty, pitch up to under the basket, and tap out a devastating double bogey.

Or you can take advantage of rule 809.01, which allows you to abandon the previous throw. Simply tell the group that you are going to incur a one-stroke penalty, forget about the roll away, and give the 10-foot putt another try. Sink it and walk away with a slightly less painful bogey.

Consider using the “abandoned throw” rule in any situation where an errant shot leaves you in a dramatically worse scenario, such as a buried lie in extremely deep rough that will require multiple shots to hack out of.

A “provisional” is an extra shot that may or may not be used in the final score. In the event of a rule dispute, rather than getting into a protracted argument that might ruin the vibes on the card, it’s a good idea to cite rule 809.02 and play a provisional shot. A provisional is only allowed if the group agrees to it.

This is a common occurrence when a disc comes to rest very close to an out-of-bounds line. If the majority of the card thinks it is OB, but the player disagrees, you can take a photo of the lie, throw a provisional, and keep two separate scores for the hole. Once the TD is contacted, they can make the final call.

There are plenty of good reasons a player will need to withdraw from a competition. For example, a player may experience sudden illness, serious injury, or a family emergency. In these cases, they will receive a “999” as a score for the missed round and be designated as a DNF (Did Not Finish) for the event. The “999” round score will not count towards their overall player rating.

However, in the cases where a player is a “no-call no-show” for a round or is disqualified for bad behavior, Tournament Directors are empowered to enter “888” as the round score. This will trigger an automatic five-point rating drop at the next rating update. Furthermore, if multiple rounds of “888” appear in a player’s profile, the PDGA may investigate the matter and further discipline the player.

If, for whatever reason, you are unable to complete or show up for a tournament round, contact the TD and explain why. The vast majority of “888” rounds are avoided through simple communication.

One of the benefits of playing PDGA-sanctioned events is receiving a player rating. Some players don’t care about their rating, while others take it way too seriously. So much so that they may want to exploit a loophole in the rating calculation.

Let’s say you maintain a 920 rating for a year, with all your rounds falling between 890 and 950. If you were to have a horrible day and shoot an 800-rated round, it would be considered an outlier and get dropped from the calculation.

It follows that a player could purposely miss putts, card multiple quadruple bogies, or repeatedly throw OB in order to tank their score and ensure the round will be dropped from the average. This is considered rating manipulation and can lead to the TD scoring the round as the dreaded “888”.

Did I miss anything? If you know of any more rules to know before a disc golf tournament please let me know in the comments!